The reading series usually takes place upstairs at the Ragged Edge Coffeehouse (110 Chambersburg street in Gettysburg, Pennsylvania) at 7:00pm on the First Friday of the month. We take a break in July and August.

We start with an open mic followed by the featured poet. Readings are open to the public. For safety during the pandemic we have also held readings online, or outside on the Ragged Edge patio. Unless otherwise noted the Fall 2022 readings will be held upstairs at the Ragged Edge. Come on up! 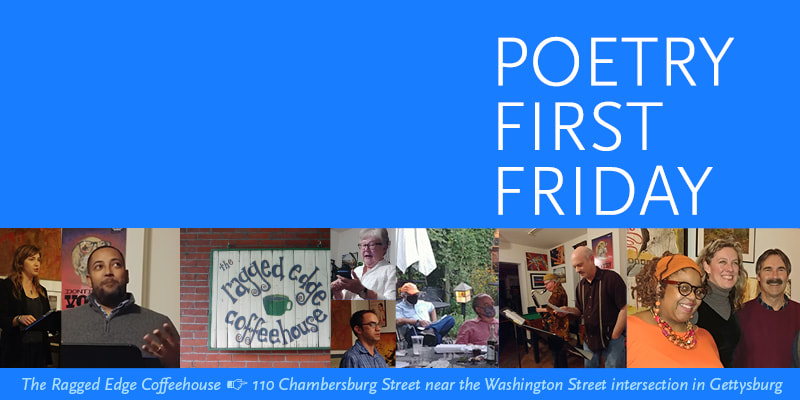 Currently I co-host with the awesome Alan Bogage and Marty Malone. Our co-host emeritus and consultant is Gary Ciocco. Dana Larkin Sauers founded the series 18 years ago.